Get in touch with our friendly team

Phone us today for a quote

Royal Carribean Allure of the Seas

After a successful completion on the Oasis in 2014, we were invited to work on the Allure to repeat the works we did on the Oasis, this was to supply and install curtains to the Aqua Suites, Mega Suites and the Teppanyaki Restaurant.

The project was specified by designers in the US and we worked for a client in Northern Ireland. With a project that is so dependent on the fine detail, it was essential to have a close working relationship with all concerned, especially with a tight turn around where fabrics were not available. Aquarius however, were able to source alternatives and take the project forward for a successful completion that was delivered both on time and on budget.

In the Mega Suites we supplied curtains and sheers on motorised tracks from Silent Gliss, the windows were 7mts wide with a drop of 4mts and then in the bedroom, there were 3 windows, each 3mts wide with a drop of 4mts. All rails were operated off remote controls to add that something special to the suite.
Aqua Suites gave another challenge, again using SIlent Gliss rails, this time it was the wave tracks which all had to be custom bent on site. Both blackout curtains and sheers were installed.

Finally the Teppanyaki Restaurant, keeping a simple yet classy look, sheers were installed to 11 windows, each with wave curtains using fabric from Vescom which delivered a stunning look. Curtains were all made in factories in Coventry and Birmingham, and were all delivered to the highest standards.

Working with Sarah from Chilli Mint was a pleasure, Sarah approached us with a brief simply saying, simple, elegant and smart, so we set to it.

In the Board Room we supplied Roman Blinds to windows 4mts high, using Harlequin Fabrics we delivered a stunning look that didn’t need any explaining. The blinds were stunning but needed something else, so we used a contrast border to break it up and demonstrate that this was something quite special.

In the staff room, Luxaflex 250mm wide slat vertical blinds were installed, this is pictured to the side, simple, elegant and classy all in one…

Having worked with AJA Architects for several years to put a scheme together, we were then invited to furnish the sample in for their client, having instantly impressed the remainder of the rooms were supplied and installed just a few weeks later.

The designers wanted each room to have their own theme so we supplied different designs for all. Working with the Architect and the Client directly made the project run smoothly and gave the client exactly what was required, not only in design but also to budget.

Fabrics from Stylelibrary but were designed for the domestic market so they needed to be FR treated prior to manufacturing. The Curtains had eyelet headings and blackout linings and were fitted to new metal poles with ball finials.

As the relationship continued, the team have now been asked to furnish 2 more of the training rooms and their head office.

To date, the largest project that Aquarius have undertaken, consisting of 14 public areas, stretching from, Bars, Suites, Observation Lounge, Fitness Centre, Night Clubs and Restaurants. In total the project consisted of 160 electric roller blinds, 80 recovers to existing blinds, 60 sets of Curtains and Sheers and all the hardware to suit.

The Joy is one of the newest ships in the NCL Fleet, it was launched in 2017 and is one of the world’s largest Cruise Ships weighing in at around 7000GT. The ship was originally launched for the Asian market but NCL soon realised that the potential for this vessel in the US market would see a much bigger return, so in 2019, they carried out a $50 Million renovation to bring it to the States where it will operate out of Seattle and work the Alaskan market.

The refurbishment took 6 weeks to complete, starting in dry dock in Singapore before it set sail for the last 3 weeks where the works continued night and day until finally it arrived in Seattle in April 2019. All the goods were manufactured and then shipped out to the dockyard in Singapore well in advance in readiness for the teams arrival at the end of March. The team were on board for the last 4 weeks and worked with the contractor to help transform the rooms once the construction was complete.

Having been one of the most successful refurbishments and the largest for the team at Aquarius, it proved to be a challenge, especially as there were 5 other refurbishments going on at the same time, some of them equally as big as the Joy, what it did do though was to show the industry that no project is too small or too large for the team at Aquarius. 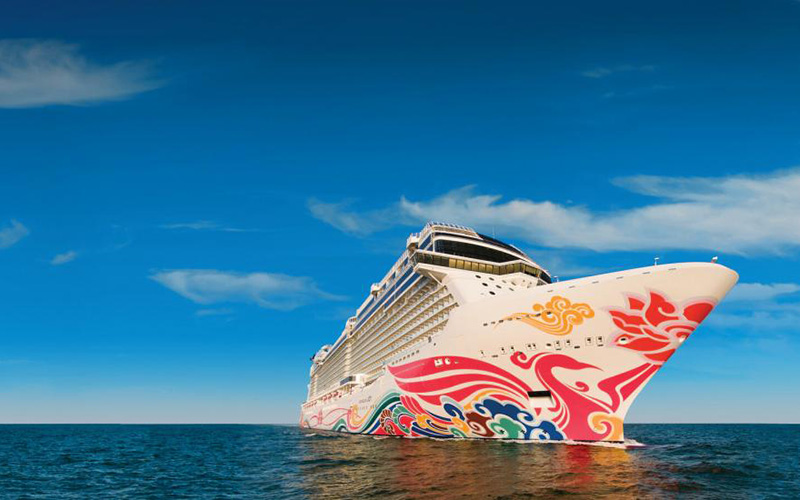 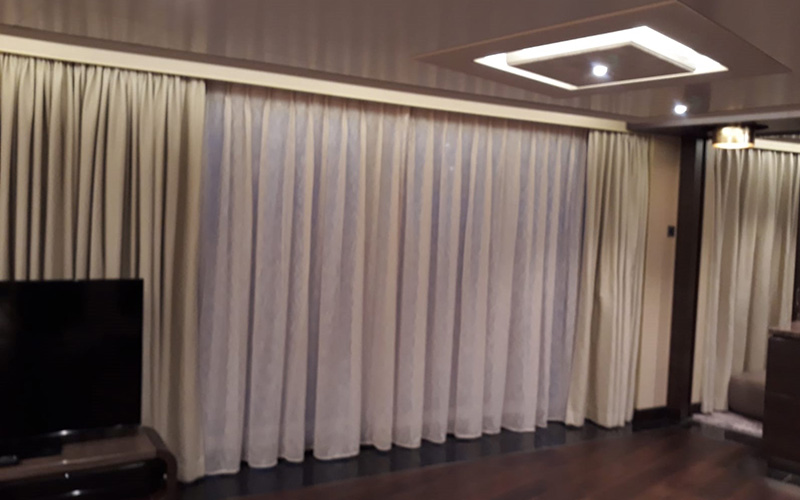 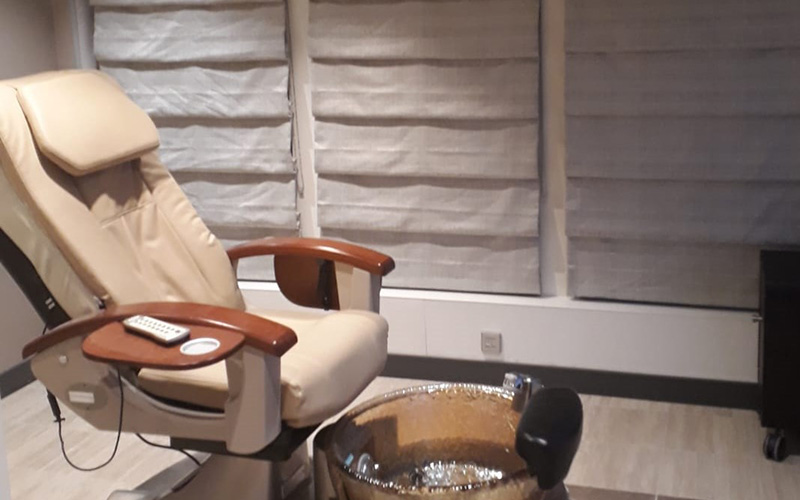 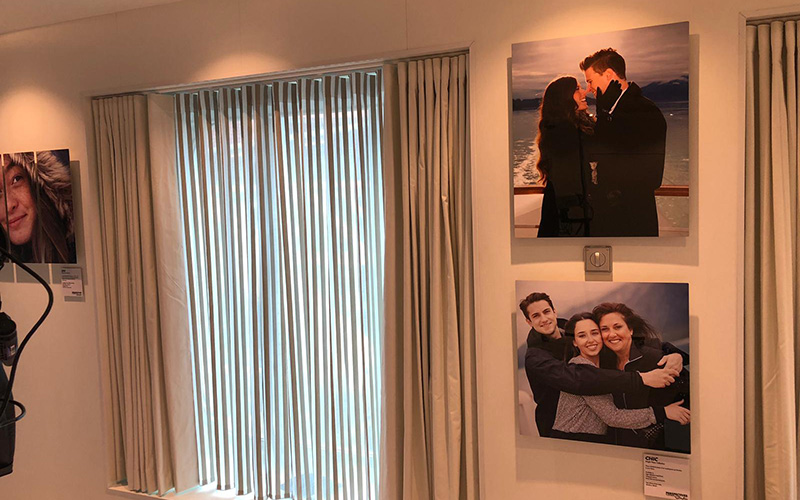 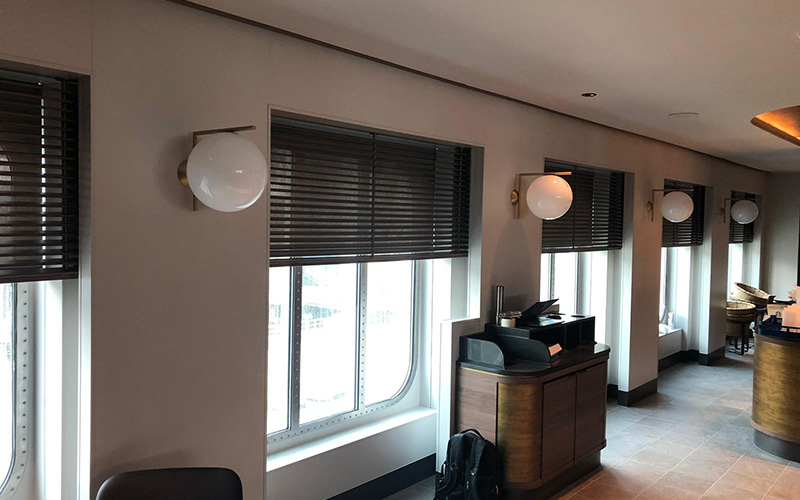 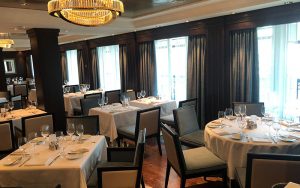 Suppliers We Work With